In response to a military coup that overthrew their elected government on February 1st, the people of Myanmar began a protest movement to force the military to hand power back to civilian officials. Despite increasingly violent repression, what began as a political protest movement has evolved into a massive general strike that is openly struggling for power with the military regime.

Beginning only days after the coup, young people and students led protests in the streets. Women – whose recent freedoms are targets of the socially conservative, patriarchal generals who repressed women’s rights for decades – also joined the movement in its infancy, many as part of strikes led by teachers, nurses, and garment workers’ unions. As resistance to the coup grew, more labor organizations and more workers began withholding their labor. Since then, government employees, bank workers, railway workers, garment workers, port workers, doctors and nurses, teachers, telecom workers, oil workers, even food delivery workers and retail workers have gone on strike, not to mention others in smaller workplaces. Of course, this means tremendous financial hardship for many already poor people. But that hasn’t lessened their resolve. One striking bank worker captured the truth perfectly: “They are the king now, but we are not their servants. If we all unite, they can’t do anything.”

In an attempt to stop the protests, the military has increased the level of violence, killing at least 275 people and arresting thousands more. But while the violence may kill protesters, millions of workers have simply stopped working, bringing the entire nation and its economy to a grinding halt. Without even basic economic activity, the generals may not be able to rule, and may have to step down.

General strikes worked in 1917 Russia to drive the Tsar from power and soon led to a workers’ government. When military generals carried out a coup in 1920 Germany, a general strike brought the nation to a standstill, forcing the generals to give power back to elected officials. Withholding labor on a large enough scale and with political as well as economic demands can defend democracy and, with the right vision, even be revolutionary.

The final outcome of this struggle in Myanmar remains to be seen. Many began their protests to defend democracy. For permanent change, they will need not only to force the generals out, but to overthrow the entire system that serves a small ruling class. It seems like a long shot, but working people in Myanmar are being radicalized in the struggle. And at the same time, they are realizing their own strength.

We do the work. We make society run. We hold the power. As the striker said: “If we all unite, they can’t do anything.” 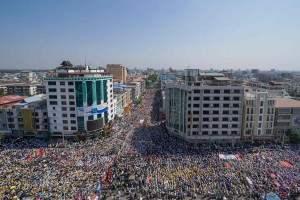 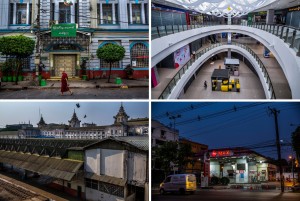 General strike brings activity to a halt in Mandalay 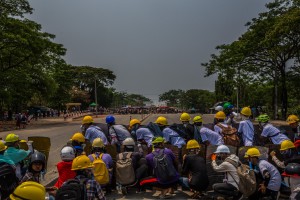 Even many of the intellectuals of the ruling class see the reality – their system offers no future! …

Biden, Trump, Big Oil, and the War in Yemen

The Biden administration approved a $23 billion weapons sale to the UAE, despite Biden claiming to want to end the war in Yemen. …

Chile: Extreme-Right Defeated, But the Fight Must Continue

In the recent election in Chile, Gabriel Boric has defeated the right-wing candidate, but does not represent the working class. …