On Labor Day, the federal unemployment benefits that have been a lifeline for tens of millions during the COVID crisis, are ending. On that day an estimated 7.5 million people will lose their benefits entirely, and three million more will see cuts in the benefits they still receive. The Biden administration is disingenuously encouraging states to pick up the slack and extend benefits, knowing this won’t happen. States with Republican governors never wanted benefits in the first place – claiming that they decrease “initiative” and encourage “dependence” – and slashed their contributions as soon as they could. Even more generous states, or those with Democratic governors, have now decided to allow the benefits to lapse.

Does this mean that everything is better? Or that the economy is “back on track”? Not by a long shot.

The cutoff of these benefits is happening while the COVID crisis is worsening yet again, which is sure to again dampen economic activity. It’s happening when the national unemployment rate is still at least 9%. It’s happening when at least 11% of all Americans live in poverty. It’s happening as eviction moratoriums are lifted in many states, leaving many without income when at the same time they will be forced to attempt to pay rent again. It’s also happening just as many state and federal waivers protecting people from huge payments for COVID related treatments are about to end. Not only will the benefits cutoff hurt the people directly affected, but that loss of money will then not be spent in stores, restaurants, and other places that also need income to survive. In other words, the entire economy will be hurt by these cuts, not just those receiving the checks directly.

Ending unemployment benefits needed by millions on Labor Day might seem as ironic and cruel. It is. But it’s just one of many examples of how little that capitalists and their government care about workers. Capitalism cares about one thing: profits. The necessities of life for workers are secondary. Even on Labor Day. 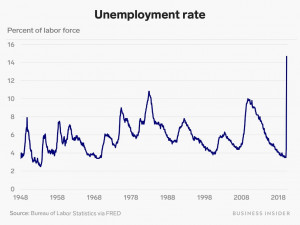 The Debt Ceiling Debate: Politicians Continue to Play Games with Our Lives

Politicians in Congress are playing games with the debt ceiling, but it is the working people who will suffer the consequences. …

A Game of Pretend

From a Bay Area Biotech Worker: The measures that businesses take need to be more than just a facade. …

As unemployment benefits are running out, the media are telling us that people don’t want to work. …