In the last week of August, the water system of Jackson, Mississippi has failed completely to meet even the most basic water needs of its population. The immediate causes were days of unusually heavy rains that caused a local river to overflow, flooding homes and overtaxing the pumps and filters at local water treatment plants. This has left people for days with little or no water pressure and water so contaminated that it must be boiled before drinking. That’s about 160,000 people who have to either boil water or constantly pick up new bottles of water in order to meet even their most basic daily needs.

While heavy rains and overtaxed water treatment facilities are the immediate causes, the long history of institutional racism and poverty in and around the city are the real causes of this crisis. As Black Mississippians demanded freedom and schooling from the 1950s through the ‘70s, white residents began to leave the city in droves. Jackson’s population was soon 80% Black, and today nearly 25% of the city lives at or below the already low federal poverty line. A poor Black city, Jackson’s water needs were systematically ignored for decades, leaving the system in disrepair and in need of constant quick-fixes that never solved the problems for the long term. As in Flint, Michigan or Newark, New Jersey, the Jackson water crisis has been a slow-motion disaster happening over decades, totally visible but completely ignored by people in power. It’s part of a national infrastructure crisis, made worse for millions by the long effects of poverty and institutional racism.

Enter the climate crisis, which is now compounding these pre-existing inequalities and oppression. As climate change hits humanity with larger and more intense storms, more extreme temperatures, harder to stop fires, longer lasting droughts, and rising sea levels, it is poor, working-class people and oppressed minorities who are hurt most.

The unwillingness of government officials to guarantee even the most basic needs of the population is easily explained by the profit-driven system of capitalism that shapes our world and our political system, that funnels riches to a few while impoverishing millions, and that stokes racism to keep working people of different races, ethnicities, genders and religions divided. But, like the current flooding catastrophe in Pakistan, the disaster in Jackson is a sign of things to come. As the inequalities of the system collide with the world-changing effects of climate change (also caused by capitalism), it will be the poor and the oppressed who suffer the most. 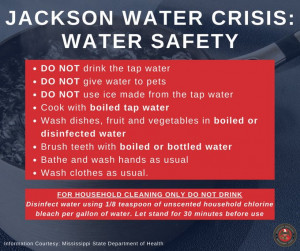 During the Spring of 2020, an estimated 5.4 million people who lost their jobs, also lost their health insurance. …

On September 18, a maskless President Joe Biden declared the end of the COVID-19 pandemic. …

Fear and Mistrust: Vaccine Production in the U.S.

A Gallup poll recently found that 35% of Americans wouldn’t get a COVID-19 vaccine if it were available right now, at no cost to them …

Good Housing is a Right! We have always had a housing crisis in this society. …