Before Hurricane Ida made landfall nearly two weeks ago in Louisiana, the big question was: “would the levees hold?” This of course referred to the infamous levees that failed in 2005 during Hurricane Katrina, allowing New Orleans to be flooded and nearly 2,000 people to die in its floodwaters. As it became clear two weeks ago that Ida didn’t breach the levees, and that New Orleans had been spared the worst-case scenario, politicians and pundits (as well as relieved regular folks) expressed great satisfaction that the levees had done their job, albeit at the cost of nearly $14 billion (yes, $14 billion) since 2005.

But what is also clear, is that while the cultural and entertainment center of New Orleans is safer than before from massive storms and deadly storm surges, the same cannot be said for the rest of Louisiana’s coast. For hundreds of miles around New Orleans, homes and businesses were flooded and destroyed, roads and bridges were washed out, and electrical and water infrastructure was knocked out completely. Not only were necessities like gasoline and food hard to come by, but at least hundreds of thousands didn’t even have access to clean water for days, despite temperatures being in the high 90s (F). Lines for gas, food, and even just water snaked for blocks as desperate people waited hours for these basic necessities. Just a few days ago, residents of low-lying parishes around New Orleans still had no electricity. And that’s because the infrastructure immediately outside of New Orleans is in the same underfunded, dilapidated state of disrepair or nonexistence that it has been in for decades.

As many want to take a victory lap to celebrate how well the $14 billion levees protected New Orleans, we should remember the tens of millions of other people who live in vulnerable regions that are not directly in a major metropolitan center, or don’t have as much perceived cultural  or economic value as New Orleans. They suffered tremendously in this storm and will continue to for months, if not years, as they attempt to rebuild. Their protective infrastructure didn’t protect them from Ida, if it even existed in the first place. Whether they’re on the southern coast on the Gulf of Mexico, along the coasts of Florida or the East Coast, or even in low lying areas of Pennsylvania, New Jersey, and New York, there is little to protect tens of millions from the ever growing effects of climate change, which will strike again.

So while billions can be spent to protect a few of the “crown jewel” cities of the United States, what about the rest of us? Look at the residents of southern Louisiana just outside of New Orleans for a glimpse into our future, if things stay the same. Warning: it isn’t pretty! 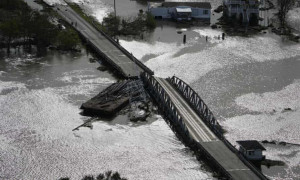 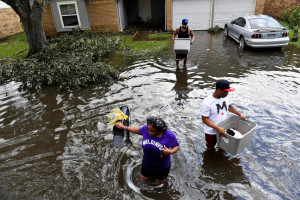 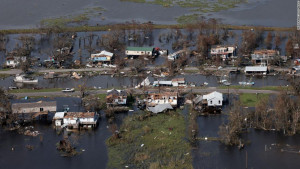 Baltimore’s two wastewater treatment plants have been releasing large quantities of partially-treated sewage into rivers flowing into the Chesapeake Bay for about a year without detection. …

With disasters like Hurricane Ida, we can now see the outlines of our future if we allow the world to continue as it is – and it’s terrifying… …

Lingering Effects of Ida Demonstrate Failures of the System

More than one month after Hurricane Ida rampaged from the Gulf Coast to the northeast, the trail of destruction and its effects on people’s lives is still visible for all to see. …