The recent magnitude 7.2 earthquake in Haiti has left thousands dead and tens of thousands homeless, layering another layer of misery on top of the Haitian people, the poorest people in the western hemisphere with a per capita gross domestic product of $671.  Two days later, a sever tropical storm battered the same area, causing flash floods and interfering with the little earthquake relief there was.

While Haiti is a frequent victim of natural disasters – another earthquake in 2010 also destroyed thousands of buildings and killed thousands, and tropical storms are common – it’s worth remembering the larger reasons why Haiti is so poverty-stricken and vulnerable to natural disaster.  The history is long and outrageous.

After French invaders took the island from the indigenous Taino people in the 1600s, it was turned into an extremely profitable sugar plantation colony, where slaves were worked to death until 1791.  The eruption of the Haitian Revolution changed all that, as mixed Haitians and Black Haitians fought a brutal twelve-year revolution against the French, finally defeating them in 1803.  This was the first successful Atlantic slave revolution, and Haiti became only the second nation in the Americas to overthrow a colonial ruler.  But the Revolution destroyed much of the economic infrastructure of the small nation for decades to come.  The United States and European powers refused to recognize the island politically and refused to offer any assistance.  France demanded payment for their lost plantations, and to begin paying them back, the new Haitian government became indebted to U.S. and other European banks, and had to pay “reparations” to France until 1947.  In these circumstances, the government could only respond by instituting forced labor regimes in a desperate attempt to produce enough agriculturally to pay the nation’s debts.  By 1900, Haiti was spending an estimated 80% of its national budget on loan repayments, all the while impoverishing its own already poor people!  All of these factors left Haiti and its economy far behind in the global race for economic survival, and caused immense human suffering.

In 1891, U.S. troops invaded Haiti to protect American agricultural interests, and after a presidential assassination in 1914, the United States occupied Haiti with the pretext of preserving stability.  U.S. marines oversaw the taking of the reserves of the Haitian National Bank, which were then shipped to New York, effectively giving National City Bank of New York (today Citibank) control over the Haitian treasury.  U.S. forces occupied the nation until 1934.  From 1957 to 1986 the nation was governed by the Duvalier family, a father and son who ruled through the violence of their personal militia, the Tonton Macoute, which killed tens of thousands while the father and son enriched themselves.  The United States fully supported the Duvaliers as an anti-communist regime during the Cold War.  In 1995 and in 2004, U.S. troops again set foot on the island to “preserve stability.”  And throughout, the U.S. and its allies and puppet regimes have refused entrance or assistance to many Haitian immigrants, even as they welcomed others, leaving Haitians little chance to make a better life for themselves either at home or abroad.

Earthquakes and hurricanes can’t be prevented.  But the poverty that has working-class people and farmers often living in shacks and without adequate emergency preparedness systems, is not inevitable. The one constant throughout Haitian history of the last few centuries has been its domination, exploitation and oppression by more powerful and wealthy nations.  The long history of colonial and imperialist domination by European nations and the United States have left Haiti and its people without the stability and resources to effectively survive in times of natural disaster.

But Haiti’s history also features the successful revolution against slavery imposed by French colonialism.  The fight for freedom can and must continue. 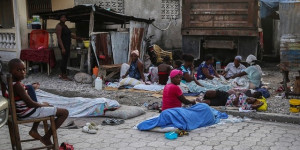 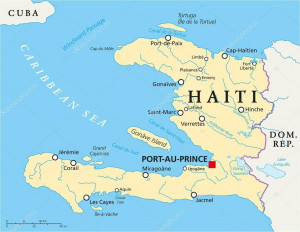 The COVID-19 pandemic has been slow to reach most of Africa compared to Europe and the United States. But that is changing. …

France: To Counter Macron, an Electoral Slap in the Face is not Enough!

It is not enough for the left to oppose Macron through electoral politics alone. …