On December 4, 1969, Fred Hampton was murdered by Chicago police after being surveilled and stalked by the FBI. His life and death are worth remembering not simply because he is one of thousands of Black men who have been killed by law enforcement officials in America, or because his murder is a textbook example of the repressive and violent nature of the American state. What is most important about Hampton today – and what probably cost him his life – was his inspiring class consciousness and willingness to reach out his hand to white workers to build a force powerful enough to change the world.

Hampton was born in 1948 and raised in a suburb of Chicago, the son of two factory workers who had migrated north as part of the Great Migration of Black Americans out of the south. His first organized political activity was as a teenager with the local branch of the NAACP. As a young member he organized a neighborhood group of hundreds, led marches for better pay for police and also for police accountability, and began a library of Black history, which he had begun to study seriously.

In these same years the Black Panther Party was growing rapidly nationwide, and in November 1968, the Illinois Chapter of the Black Panther Party was founded, and the 20 year old Fred Hampton was asked to be its chair! With his leadership the chapter ran a breakfast program, petitioned for community control of police, began a health clinic, conducted educational programs and meetings, and became more confrontational with the racist Chicago police.

He combined a huge personality and an almost southern drawl with a brilliant, critical mind and became a charismatic educator and speaker. His public statements on capitalism, racism, politics, Marxism and socialism were peppered with slang and profanity that refused to bow to the rules of the system.

And he became more radical with the passing months. He read voraciously, and began to call himself a Marxist revolutionary. Although only 21, he challenged older black leaders who focused on Black power to the exclusion of interracial working class organizing. He recognized the importance of solidarity between workers of all colors, and fervently believed that all workers must unite in class struggle against their exploiters!

As a chapter leader of the Black Panthers, he made conscious and well publicized efforts to organize with Hispanic and white militants. In spring of 1969 he organized meetings between the Black Panther Party, the Young Lords, Students for a Democratic Society, and the Young Patriots Organization, a group of white Appalachian socialists whose parents had also migrated to the Midwest looking for work, and who were often treated just as poorly as Blacks. These attempts at interracial, revolutionary organizing began the now famous (although now much less radical) Rainbow Coalition. Such interracial working class organizing and open criticism of the capitalist economic system made him dangerous. It was one thing to organize along racial lines. It was another to try to unite the white, Black and Hispanic workers together in working class solidarity!

On December 4, 1969, he was slipped barbiturates to sedate him, and then Chicago police entered his apartment, where they shot and wounded him before executing him at point blank range.

The Black organizer and militant with perhaps the most potential for revolutionary leadership was dead. At only 21, he had just begun to learn and practice his militant politics, and had just begun building the class based organizations that are needed to help the working class develop its power. It is for these reasons that his murder was so tragic, and his loss so great.

In the courtroom at a 1969 trial for a trumped up robbery charge, only months before he was killed, the 21 year old gave an amazing speech defending himself and all Black people, while at the same time calling on all working people to unite in revolutionary solidarity. There is no better way to end this article than with his words, passionately explaining the beliefs that he died for.

“We got to face some facts. That the masses are poor, that the masses belong to what you call the lower class, and when I talk about the masses, I’m talking about the white masses, I’m talking about the black masses, and the brown masses, and the yellow masses, too. We’ve got to face the fact that some people say you fight fire best with fire, but we say you put fire out best with water. We say you don’t fight racism with racism. We’re gonna fight racism with solidarity. We say you don’t fight capitalism with no black capitalism; you fight capitalism with socialism.” 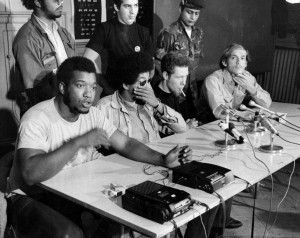 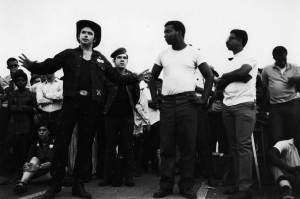 At a 1969 rally in Grant Park with members of the Young Patriots Organization, a working class white socialist organization with roots in Appalachia.

Perhaps the pandemic can bring about new ways of training and educating healthcare workers. …