Every year, the world spends at least $1.8 trillion on subsidies (mostly from governments) that contribute to global warming and the destruction of wildlife, according to a study on public money spending. That means the equivalent of 2% of the world’s GDP (gross domestic product) is being used to drive the annihilation of ecosystems and species. These subsidies finance water pollution, unsustainable agriculture, the exhaustion of natural resources, and more.

The infuriating 60 page report breaks down just how much governments are spending on everything from fossil fuel subsidies ($640 billion annually) to deforestation ($155 billion annually). The immediate beneficiaries of these subsidies are the giant corporations that are plundering the planet for profit. It also lays out how policies such as financial support for unsustainable groundwater pumping in the Middle East, or tax breaks on beef production in the Amazon, are costing us trillions, while harming the environment.

The report highlights once more how tightly connected all governments are to the big capitalists, and who the politicians really serve: the corporations and the rich. We are in the middle of a climate crisis, in what scientists are calling the sixth extinction. It is absurd that our tax dollars are being spent to drive us closer to ecological collapse and the extinction of our species and many others. But as long as the decisions about where our money goes and what our society prioritizes lay in the hands of billionaires and their governments, we can only expect more of the same. 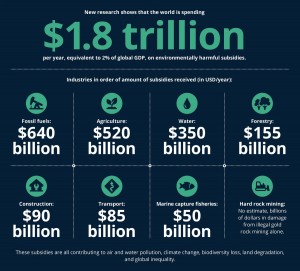 Volvo Workers in Virginia Say NO to Bad Contract

The UAW shut down a Volvo workers’ strike in Dublin, Virginia. …

Tesla’s CEO Elon Musk went ahead and opened its Fremont, CA plant this Monday, in spite of the Public Health Department order for Alameda County …

The murder rate increased in 2020, a symptom of a sickness in our society. …