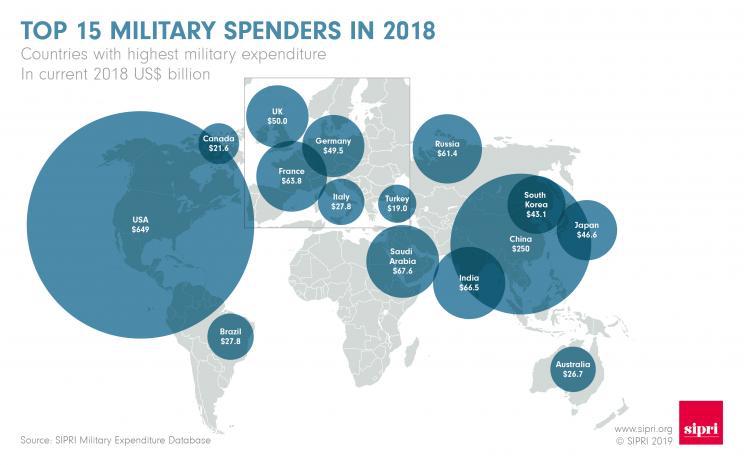 As Dr. King said, the US is “the greatest purveyor of violence in the world”. Today the US government maintains nearly 800 military bases in more than 70 countries. If we include troops stationed at embassies and black sites around the globe, the number could exceed 1,000. Thanks to a new military budget approved by both parties, over the next year US military spending is estimated to reach $988 billion. The U.S. spends more on maintaining and expanding its military machine than the next seven countries combined! Add to that the fact that the U.S. government is by far the world’s largest arms dealer.

But why? To defend U.S. citizens? To “promote democracy”? No. The fact is, the U.S. military exists to maintain the U.S. government’s political dominance and U.S. banks’ and corporations’ economic dominance over as much of the world as possible.

Take three countries the U.S. has threatened war on in recent years—Iran, North Korea, and Venezuela. What do these countries have in common? The same thing they had in common with Saddam Hussein’s Iraq—their governments are resistant to allowing US banks and corporations to dominate their economies.

Many people in the U.S. believe that the U.S. treats Iran and North Korea as enemies because they have oppressive regimes and they pose a threat to their neighbors. But the same can be said of many regimes which are supported by the United States. For example, why does the US sell more weapons to Saudi Arabia than to any other country in the world?

Saudi Arabia is ruled by a royal family that became enormously wealthy by cooperating with U.S. and British oil interests. In return it has enjoyed the support of every single U.S. president since Roosevelt, despite having one of the worst human rights records in modern history. Since 2015, Saudi Arabia has been carrying out a brutal war in Yemen that has led fifteen million people to the brink of starvation. This war was made possible not only by US arms sales, but also the daily active participation of the US military.

None of this is new. When Dr. King described the U.S. as “the greatest purveyor of violence in the world,” the U.S. was carrying out a horrific war against the people of Vietnam. Since then the U.S. military has only expanded, and from Iraq to Yemen we continue to see the chaos and devastation left behind by wars that have nothing to do with protecting people, and everything to do with maintaining dominance and pursuing profits. Politicians from either party may talk about “reducing troop presence” here or there when it suits them, but in reality, expanding the military and making endless war has always been and continues to be bipartisan business as usual.