Let’s take time this Memorial Day weekend to remember Memorial Day 1937, when workers in Chicago were massacred by police for trying to picket against their employer, the Republic Steel Company.

It all started as steelworkers for five steel companies – Bethlehem Steel, Republic Steel, Youngstown Sheet and Tube, Inland Steel and Weirton Steel, collectively known as “Little Steel” in comparison to the giant U.S. Steel Company – went on strike to force the companies to recognize and bargain with their union, the Steelworkers Organizing Committee (SWOC). The strike, which began on May 26th, was almost completely effective in the first days, as 67,000 workers walked the picket lines, kept replacement workers (scabs) out, and brought steel production in their mills to a standstill. One striker later said that in the first days of the strike “the mills were as empty as Monday morning church” and that “the steel towns breathed clean air for the first time in years.”

Although the strike lasted nearly six months, the tide quickly turned. Union leaders had recently initiated a policy of supporting President Franklin Roosevelt and the Democratic Party. They told their workers that they could trust the Democrats and count on them to defend their interests. But Democratic governors, all allied with Roosevelt and all good friends of big business, used their power to beat strikers into submission. In Johnstown, Pennsylvania, the governor declared martial law and police reopened a closed plant and herded scabs into the factory to restart production, breaking the strike. In Ohio, the governor ordered National Guard troops from town to town to smash picket lines, beat and arrest strikers, raid union offices, and escort scabs into the factories. In Youngstown, two workers were shot dead, two more in Massillon, and another was beaten to death in Canton. Thousands more were beaten and arrested throughout the state at those and other locations.

The most terrible day, preceding those described above, was May 30th, Memorial Day. On the south side of Chicago 1,500 workers, including some of their families, marched to the Republic Steel plant for a picket line and to hold a meeting. They were met by 200 police and dozens of paddy wagons. A group of 300 workers advanced to confront the police. After debate, then heated argument, the police opened fire on the workers, first shooting dozens, then clubbing those still fleeing and many they had already shot. Ten were killed and forty others were shot, almost all in the back. One was paralyzed from the waist down. One hundred were beaten with clubs, including an eight-year-old child. After Memorial Day, workers were fearful that any wrong move could sudden death. And their union leaders offered no larger strategy to answer the violence.

All these anti-worker policies were carried out by Democratic governors and mayors under supposedly pro-labor Roosevelt. This brought the strike to an end. Vocally radical union leaders (like John Lewis of the United Mineworkers) blamed the President, the steel companies, and excessive violence of the police. And all these factors were a real part of the loss. But these same union leaders had tied their fate to the Democratic Party. Even after the Memorial Day massacre and the defeat of the strike, they continued to support Roosevelt and the Democratic machine.

The real reason for the defeat in the 1937 Little Steel Strike were the strategies and tactics of the union leaderships. They encouraged their members to have faith in Roosevelt and the Democrats, giving them a false sense of security that they would be protected against violence by their bosses, the police, and the National Guard. Had the workers relied only on their own power in unity, they could have been better prepared.

In 1934, strikers in Toledo, San Francisco and Minneapolis had all stood up to the police and National Guard from the start, done battle in the streets, and come out victorious. In 1936 and 1937, strikers at General Motor’s Flint, Michigan factories did the same, taking over plants and beating back police attacks. When workers were united and prepared to fight against the forces of their class enemies, they won!

The Memorial Day Massacre reminds us of both the suffering and the struggles that workers have gone through just to have their organizations recognized by big business. But it is reminds us of what happens when the power of workers is subordinated to poor union leadership and to a political party of the bosses that claims to be a “friend of working people.” 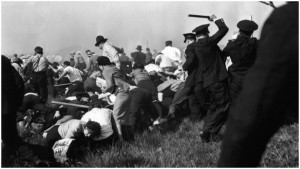 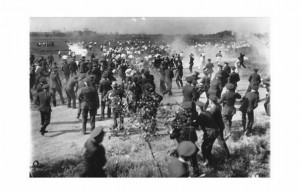 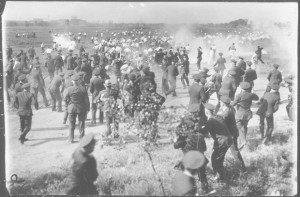 Support railway workers against the law of maximum profit

On October 16th, a train accident in the Ardennes forest, at the Saint-Pierre-sur-Vence level crossing, …

On January 1st, nearly 6,000 seniors in Maryland are expected to lose coverage for having the wrong medicare insurance plan. …

What the Webb Space Telescope Reveals

The images from the James Webb Space Telescope show the enormous potential of humanity. Imagine how much more we could do if we weren’t organized under an exploitative, destructive system. …