A humanitarian catastrophe has been growing over the past several years in Yemen. It is arguably the world’s worst humanitarian crisis at this time. Millions of people are at risk of famine according to the United Nations. Roughly 2 out of 3 people are struggling to survive. Children have been the most vulnerable to the violence and destruction. A recent report found that roughly a quarter of all civilian casualties in this calamity have been children, dying by the thousands. A child dies every ten minutes due to malnutrition and disease according to UNICEF. Tens of thousands of people are expected to die from famine.

What is going on? Why is there so much death and suffering in Yemen? Is this the result of a “natural disaster”? Not at all!

Since March of 2015, the people of Yemen have been facing an extremely deadly assault of bombings and blockades led by Saudi Arabia and regional allies such as the United Arab Emirates, Egypt, Israel and Jordan. There is one ally of Saudi Arabia in particular that has played an essential role in this bloodshed, which is the United States. Through both the Obama and Trump administrations, the United States has provided massive amounts of weapons, intelligence and training to the Saudi-led forces. In fact, former president Donald Trump vetoed bills that would have halted arms sales to Saudi Arabia on three separate occasions!

This assault has been an attempt to crush the Houthi movement, which has controlled most of the northern part of Yemen and exercised power since 2015, leading up to the attacks led by Saudi Arabia. The Houthis are a Shiite-aligned political movement that is alleged to have connections with Iran, a major regional rival with Sunni-aligned Saudi Arabia as well as obstacle to the U.S. interests in the region.

There are multiple reasons why both the United States and Saudi Arabia have been willing to take to genocidal policies to prevent a hostile regime on the Saudis’ southern border at any cost. They are fearful that that a Houthi regime might jeopardize the maritime commerce, especially of oil, flowing through the Bab al-Mandeb strait, the choke point between the Arabian and Red Seas. In addition, there have been reports of Saudi Arabia’s interest in constructing a massive oil pipeline from their oil fields straight to the Arabian Sea through Yemen’s Mahra coast. Doing so could bypass the Iranian-controlled Strait of Hormuz and reduce transportation costs. Lastly, both the U.S. and Saudi Arabia want a regime in Yemen that will be readily cooperative in fighting against groups like Al-Qaeda in the Arabian Peninsula (AQAP). 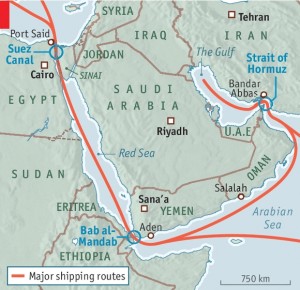 Prior to 2015, Yemen was the most impoverished country in the region. Since then, Yemeni civilians have faced indiscriminate death from airstrikes, naval and air blockades that have cut off humanitarian aid. Bombing targets are alleged to have included hospitals, schools, markets, mosques, farms, factories, bridges, and power and water treatment plants. This has led to the massive humanitarian crisis. At the same time, the hands of the Houthis have not necessarily been clean either. They have been alleged to have been planting landmines (which almost always harm innocent civilians), using child soldiers, and indiscriminately bombing civilian areas. Turning Yemen into a total warzone has increased poverty from some 47% in 2014 to 74% in 2019, making it one of the poorest countries in the world. Hundreds of thousands of deaths in the war have taken place. All of this destruction has occurred with the approval and consent of the United States and the other allies of Saudi Arabia.

People around the world have been horrified by the catastrophe in Yemen. Some may have been relieved by the decision to remove the Houthis from the terror watch list and Biden saying he is cutting U.S. military aid to Saudi Arabia. However, this will not address the massive damage that has been inflicted over both the Obama and Trump administrations on the people of Yemen. This will certainly not alter the long-term geopolitical interests of the United States and its junior partner in the Middle East, Saudi Arabia.

Joe Biden has only called for the end of support for Saudi Arabia’s “offensive” interventions against Yemen while also making it clear that the United States would continue to support Saudi Arabia against any attacks that it might face. What is to prevent Saudi Arabia to simply call its interventions as “defensive”? Biden has said nothing about addressing the naval blockade which has created the conditions for famine in Yemen. In addition, U.S. military officials have admitted that pulling back support for Saudi Arabia does not stop the U.S. from carrying out drone strikes against whoever is deemed a target in the “global war on terror.” We cannot look to figures like Biden to end the slaughter.

The lives of the Yemeni people, and children especially, have been devastated and sacrificed in a larger political competition between geopolitical interests such as Saudi Arabia, the United States, and Iran. Here in the U.S. we have a responsibility to say, “End the War In Yemen, Let the People Live!” 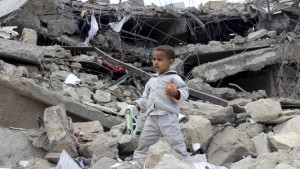 Biden Withdrawing Troops from Afghanistan. Where Will They Go Next?

Biden announced a planned withdrawal of U.S. troops from Afghanistan. This does not change the substance of U.S. foreign policy. …

We Can Defend Ourselves

The horrific events in Charlottesville, Virginia shocked people across the country when a young neo-nazi …