Sources have revealed that the Biden administration is proposing a 2023 defense budget of at least $770 billion. While a few billion lower than last year’s defense budget, it is $17 billion higher than the budget during the final year of the Trump presidency. Some analysts say that the final version could rise as high as $800 billion.

This despite the fact that the U.S. recently pulled out of Afghanistan, which should mean a significant reduction in spending. But maintaining huge arsenals of nuclear and conventional weapons and massive troop numbers (at least 1.3 million on active duty at all times) is hugely expensive even when not in open warfare. This is not to mention new purchases like warships, development of new capabilities in space, missile warning systems, and modernization of the nuclear triad of ballistic missile submarines, bombers and land-based missiles, all of which are prioritized in this budget.

None of these weapons or programs are actually used for defense of U.S. people.

Who benefits from this endless spending? The giant military industrial contactors, of course; Lockheed-Martin, General Dynamics, Northrup-Grumman, Boeing, Bechtel, Raytheon and more, each with billions of dollars in military contracts.

This at a time when millions of children are sinking into poverty again after federal pandemic aid tax credits for low-income families have been cut off.

This budget shows that the U.S. ruling class plans to continue its policy of endless war. And by spending more and more while cutting benefits to struggling working class families, it sharply demonstrates once again the cruel priorities of this system. 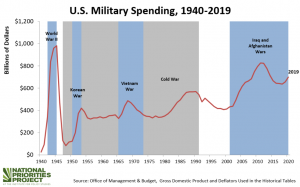 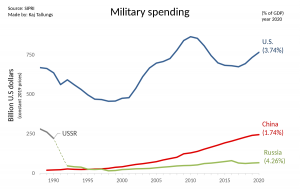 What is Bezos Doing to Take One Trillion Dollars?

Amazon CEO Jeff Bezos’s wealth – 138 billion dollars right now – is more than the GDP of over 130 countries across the globe. And it’s only getting bigger. …

The system creates the conditions that allow violent racist police to kill people at traffic stops. …